I love writing as a medium to tell stories. Whether I’m writing a breaking news article, an in-depth series or an editorial, I want to ensure that each story not only informs our readers, but is organized in a way that takes them into the scene I am describing.

The stories below will give you a sample of my writing.

In July 2019, the Missouri legislature passed a law requiring Missouri schools to start no earlier than 10 days before the first Monday in September. Our school district was known for its early start date in the beginning of August, so this new law would create major complications to our academic calendar and require lots of discussions with district officials and the community.

This story required careful organization, as there were many school procedures and events affected by the revised calendar. Since this was a news story, I used an inverted pyramid format to ensure readers were presented with the most important information about what caused the calendar change and what the District was looking to do to fix it.

Our school district is unique in that it is the only school district in the St. Louis area to offer a week-long Fall Break in October. This break was very important to parents and students of FHSD but was in jeopardy after the loss of days at the beginning of the year. I was able to interview district officials, parents, teachers and students to evaluate their feelings around the changes to the break.

North Star Take: Seniors Should Be Released Early From School at the End of the Year 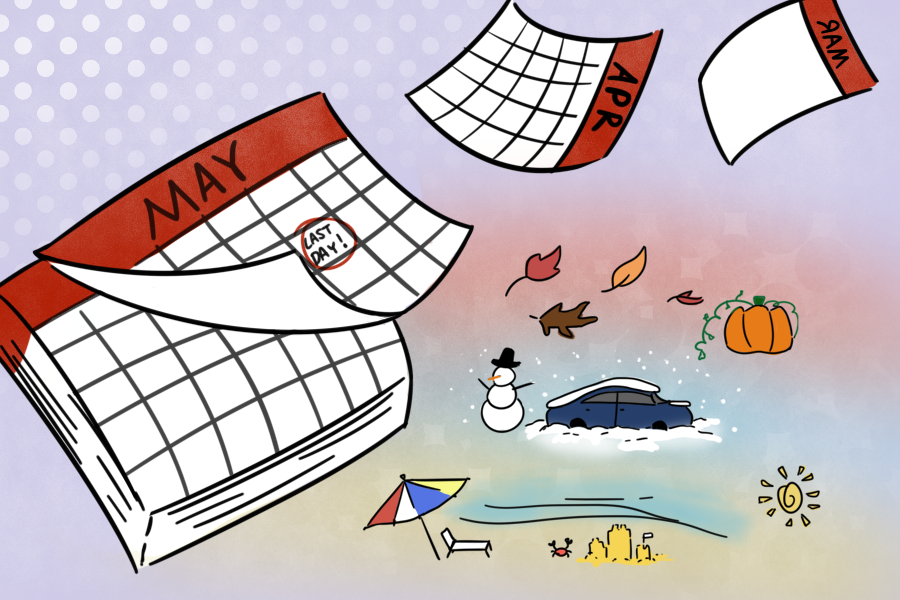 This editorial was another piece in my series about the new calendar changes to the Francis Howell School District for the 2020-21 school year. Due to the loss of days at the beginning of the year, our new academic calendar would extend the school year into the end of May and beginning of June. Despite this, AP testing would remain at the beginning of May, resulting in extra time at the end of the year when many seniors would not be working on class material.

In the new calendar, the last day of school could occur after our scheduled graduation due to snow days. This revised schedule could cause problems for the front office staff who need to know if seniors have met graduation requirements.

I wanted this editorial to be timely, so it was published in our newspaper right after the Calendar Committee finalized their recommendations to the FHSD School Board.

In order to understand a full picture of what releasing seniors early might look like, I interviewed students, front office staff, and teachers who held mixed grade level classes. After evaluating all their opinions and concerns with the proposed policy, I created an editorial that considered everyone’s needs while providing a new perspective on the benefits of releasing seniors early.

This story was written about Unleashing Potential, a 100-year old nonprofit in the St. Louis area that works to help prepare children for future success. Their most recent project, Magnificent Creations, gives teens real-world job experience while creating screen-printed t-shirts for local businesses. This story was published in the 2018 Old Newsboys Edition of the St. Louis Post-Dispatch.

For this story, I chose to organize the story using a narrative lead to help introduce readers to the atmosphere of Magnificent Creations and the students who work in the shop, while still showing other aspects of the organization.

I wanted to accurately describe the organization’s mission and write a strong piece to be published professionally. It taught me a lot about the editing process and creating strong leads to draw a reader into a story without the help of the visuals and audio I was accustomed to using in broadcast packages.